Without any doubt, IGT is among the most prominent online casino software developers which has been present in the industry for quite some time. In fact, IGT powers some of the biggest names in the industry which definitely speaks greatly of the company’s service and product in general. In addition to being one of the biggest names in the online casino industry, IGT is also known for its offline gambling products which are easily found at worldwide land-based casinos.

IGT emerged on the land-based casino scene back in 1951 and since this time, the company has moved into the online gambling scene following its competitors. While IGT is not as popular as other online casino software providers such as Microgaming or NetEnt, the company has been present in the industry for a quite long time that it is instantly taken very seriously both by players and by online casino vendors.

The company also enjoyed a massive success after releasing its MegaJackpots product back in 2005 which included several very interesting specialties. One of these specialties is its highly innovative MultiPLAY system which actually allows players to play their favorite online casino games up to four times simultaneously on the same slot machine. The company also features a truly impressive gaming library with highly unique games which can be found at virtually any modern online casino operating in the industry.

It is also worth mentioning that IGT was among the very first companies of this kind to offer mobile online casino games long before the rise of iPads and iPhones. While the company emerged on the land-based casino industry in the 1950s, it decided to focus on the global market back in 1981 and ever since, IGT has been at the very top of its game without nothing shady happening behind the scene.

The lift of major IGT’s clients which use its software include the most prominent players on the market and this comes as no surprise considering what IGT offers in its gaming library. The company has actually manufactured hundreds of different titles which are regularly enjoyed by online casino players from all over the world. The company started its journey by developing land-based slots and video poker games also for land-based casinos.

At the time, this gave the company massive leverage over other land-based companies of this kind. After the company’s inclusion on the biggest stock market, the New York Stock Exchange back in the 90s, IGT became even more popular. During its presence in the industry, the company also acquired several smaller brands including WagerWorks, Sodak and Barcrest. Many of its most popular land-based games have been ported to the online casino industry.

The majority of their online slots is available in instant play which means players do not have to download any software to access them. The company has manufactured thousands of casino games while the majority of their games falls into the category of slots. IGT is also known for other casino games such as instant win titles, video poker and several classic table games. The company is actually continually releasing new games so its gaming library is growing on a regular basis.
The amazing quality of the IGT games is definitely one of the company’s most important advantages which actually helped them build such an amazing reputation. Moreover, the quality of their games is what made their games stand out which is a difficult task in this highly competitive industry. While IGT manufactured various kinds of games, their slots definitely enjoy the biggest popularity.

The majority of IGT games developed are actually exciting, top-notch quality video slots which cover a wide range of different themes. Like every other prominent software developer company operating in the industry, IGT also offers rewarding progressive jackpot games which feature life-changing money prizes. Speaking of IGT progressive jackpot slots, they come in the form of the super popular MegaJackpots progressive which is actually related to several games including Monopoly, Cleopatra and Cluedo.

IGT slots including their progressive jackpot titles are actually a great example of amazing products which are carefully developed through innovative measures, creative thinking and the use of the top-notch technology. The company has come a very long way from its very first land-based slot machines to the latest, truly impressive online slot games which offer a sleeker look for a truly thrilling gaming session.

Some of the most popular IGT online slots include Pharaoh’s Fortune, Miss White, Da Vinci Diamonds, Coyote Moon, Kitty Glitter, Black Widow, Siberian Storm, Wolf Run and Triple Fortune Dragon. All of these games come with appealing visuals, top-notch graphical solutions, engaging sound effects and generous bonuses. Since these games cover a wide range of themes, there is definitely a game for everyone.

The company has also developed some of the most popular branded slot titles inspired by movie franchises and other popular brands such as their games Star Trek, Monopoly, Breakfast at Tiffany’s, The Dark Knight, Hangover, Godzilla, Judge Judy, Family Guy, Ghostbusters, American Idol, X-Factor and many other. It also should be noted that the majority of these games are available for mobile gaming. In order words, mobile users can enjoy IGT slots while on the go at any time and at any place.

Like all casino games, slots are based on random number generators which determine how and when players win prizes. When all outcomes of these random number generations are put together, the slot’s RTP (return to player) percentage can be determined.
RTP in online casino slots can vary quite a bit, making some slots a lot more lucrative to play than others. When it comes to IGT slots in particular, the great news is that most of their games come with an extremely reasonable RTP which often exceeds 95%.

Some of the most lucrative IGT games in terms of RTP include 3 Reel Hold-Up with 97.07%, Texas Tea with 97.35%, Wheel of Fortune Triple Action Frenzy with 97% and Pamplona with 96.03%. On the other hand, games such as DaVinci Diamonds at 94.93% an Coyote Moon at 94.98% offer lower payouts and are generally not the best IGT games to play.
If you don’t mind losing a bit of value to play your favorite looking game, than by all means pick the one you like playing the most. If, on the other hand, you are looking for the best paying games, make sure you stick to IGT slots with top payouts and the highest RTP in the industry.

Where to Play IGT Games?

Since IGT is one of the biggest names in the industry, their games can be played at virtually any online casino vendor operating in the industry. In fact, the IGT software powers some of the most popular online casino vendors which are fully licensed, reliable and secure. Currently, there is a big number of IGT-powered casinos, so players will have no issues finding their virtual place of this kind. 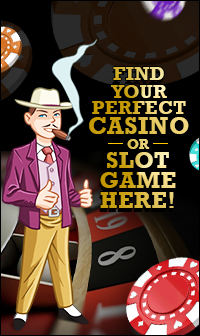